Jim had posted about it being the anniversary of Life In A Day and smuggins here felt a little bit pleased with herself that he was acknowledging the correct date of release. Well, so I had deluded myself. (And obviously he had thought so too…)

The holy bible that is Dream Giver Redux had a Zoom press release from the time showing that the album had been set for release for April 13th. Well, obviously Bruce and Brian had done what I did months back investing in my Mott The Hoople ticket, and neglected to take in that it was Easter weekend.

And as my anorak friend had pointed out on SMO FB, it was indeed Easter weekend on April 13th, 1979. He had said in his comment that in the New Gold Dream tour program it showed the release date to be 20/4/1979. I admit to looking at my scanned copy of my signed version of the program, and there it was! He also said he had seen a subsequent Zoom press release showing the revised date.

I am happy to declare I have been well and truly outdone in the anorak stakes. Lol 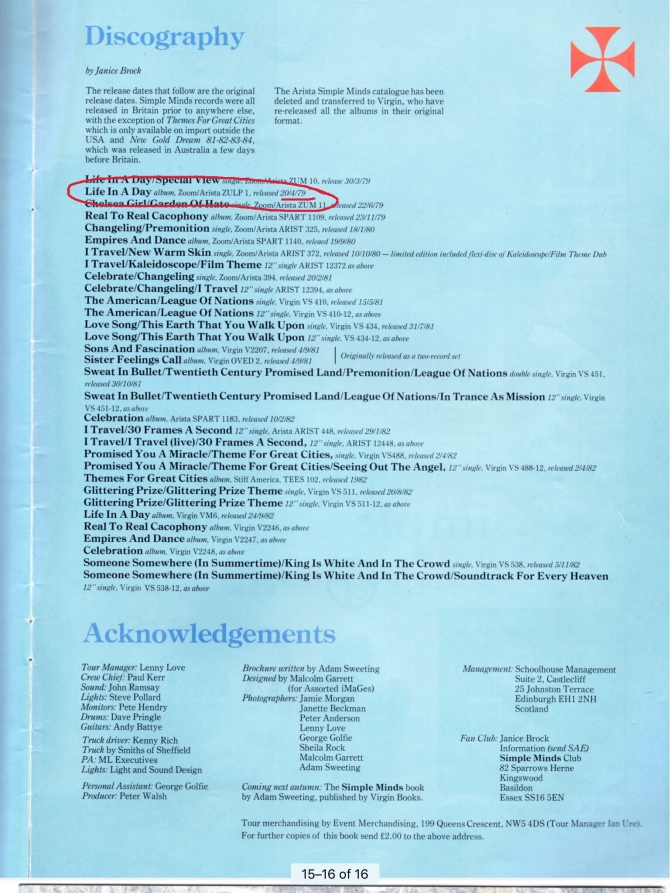